The big amount of waste LDPE/LLDPE films is used in agriculture/farming and packing industry. In view of environment protection and economy, waste recycling developing is very urgently and essential. A good recycling solution is very important to recycling efficiency. 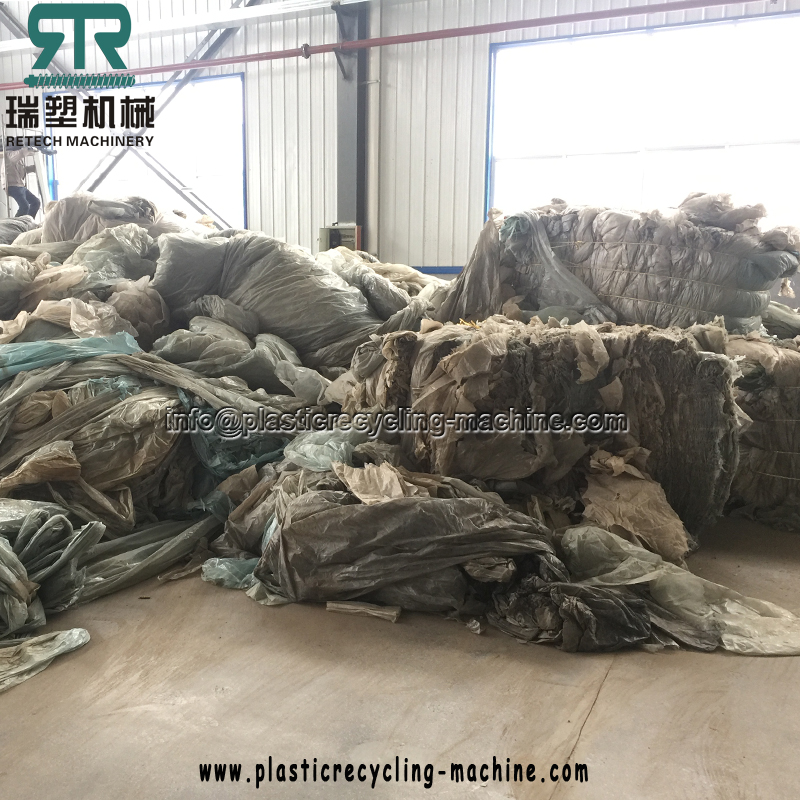 By strong power of crushing ability,it will crush the big films into small flakes.Designed at a special angle can be maximum improve the capacity of film crushing. Cutting with moving blades and fixed blades can cut the films simply.

Putting a screen under the cutter rotor will control the size of LDPE film into 40-60mm.It will in best size to wash and clean the LDPE/LLDPE films. 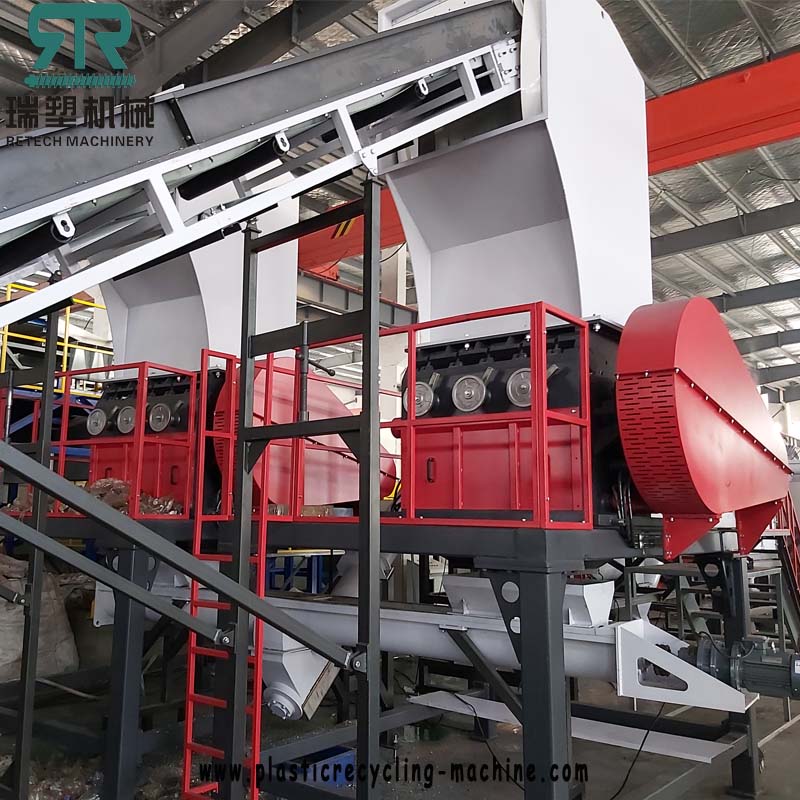 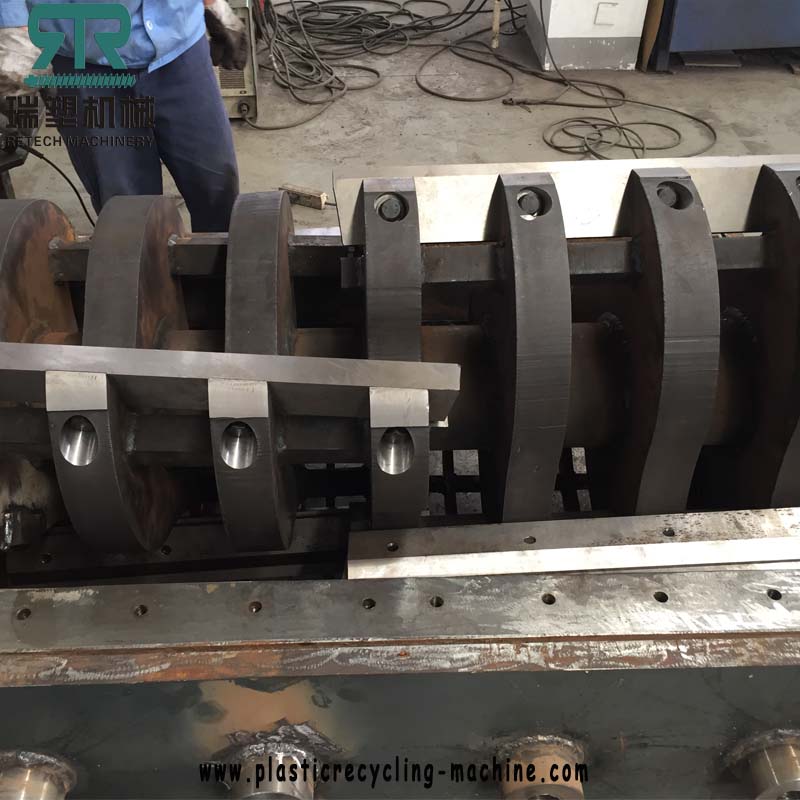 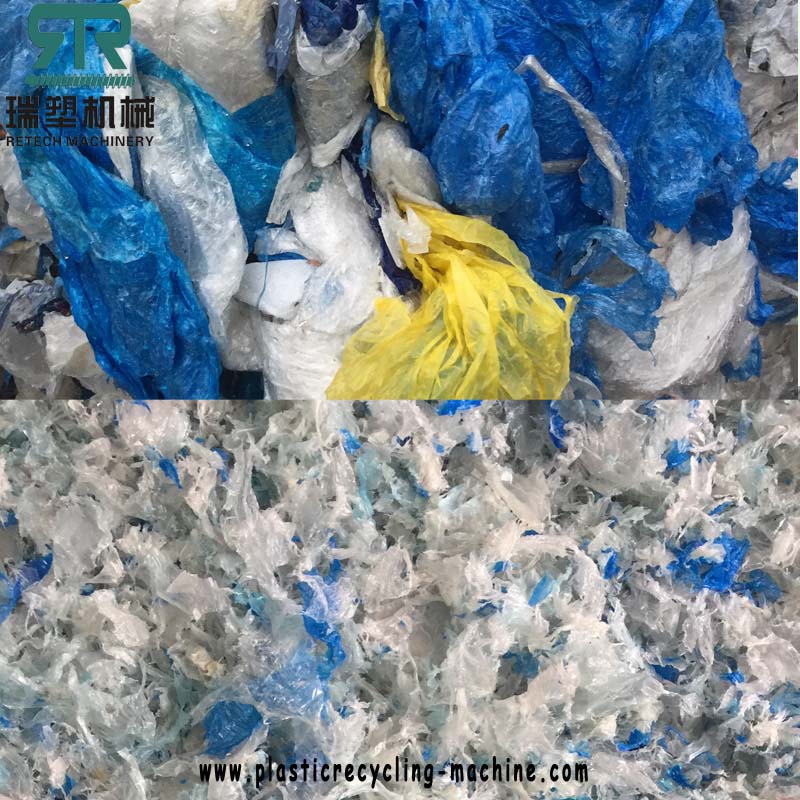 After crusher machine,we recommend to put a friction washer in front of a washing tank,it will working with a fast rotation speed in about 500RPM, it will fastly remove mostly dirts like sand/mud from LDPE/LLDPE films,so that the film will getting fewer sand and dirts while it fall into floating washing tank.It helps to get a better washing effect.

Constantly washing in film floating tank will fully clean and wash the films.The films swimming ups and downs of water by roller pushing.

We have 2 ways to dry the washed clean LDPE/LLDPE film, the first way is by squeezing dryer machine by the screw squeezing force.

The second way is by dehydrator centrifugal force in high speed rotation. 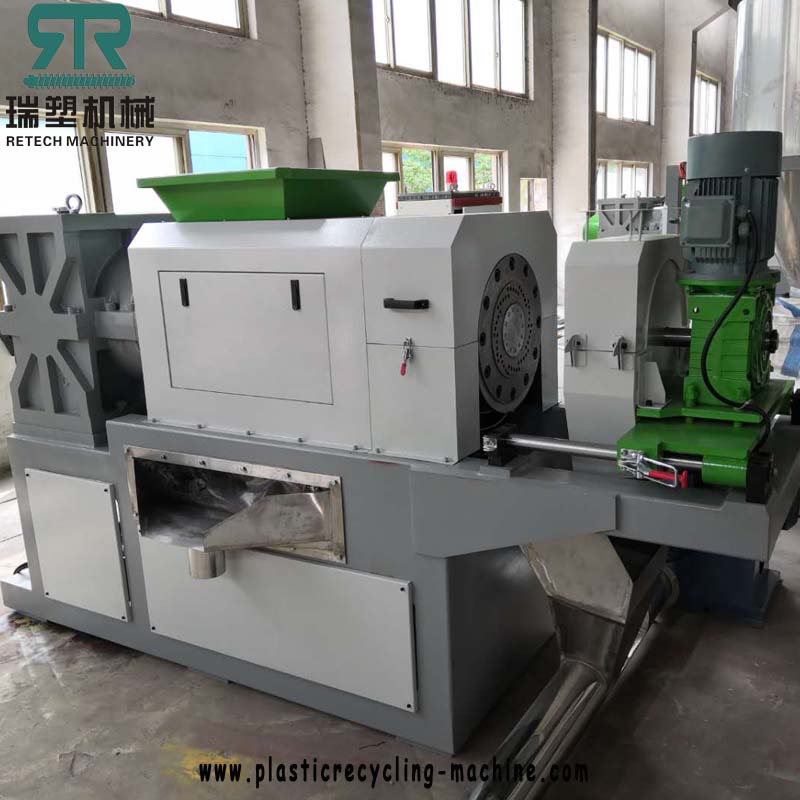 After washing and cleaning by our washing equipment,we will get:

Each design is one customer make,we provide customzied solutions. 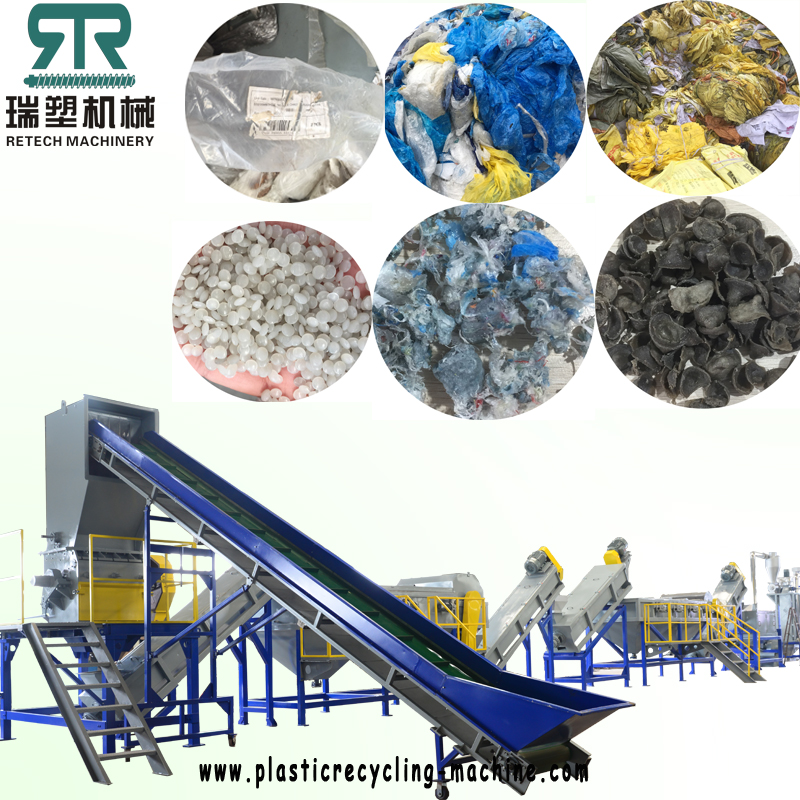 Retech will provide turn-key solution from Pre-sale,Production report,Installation and Commissioning.

Our company Zhangjiagang Retech Machinery Co.,Ltd is very professional manufacturer for waste plastic recycling machines with more than 15 years. Not only we can supply the standardized recycling solutions by our rich experience, but also we can make special customized programs according to your requests.