By the high efficiency washing units, the final film flakes will be clean and dry.

The moisture will be strictly controlled within 3%-5%. 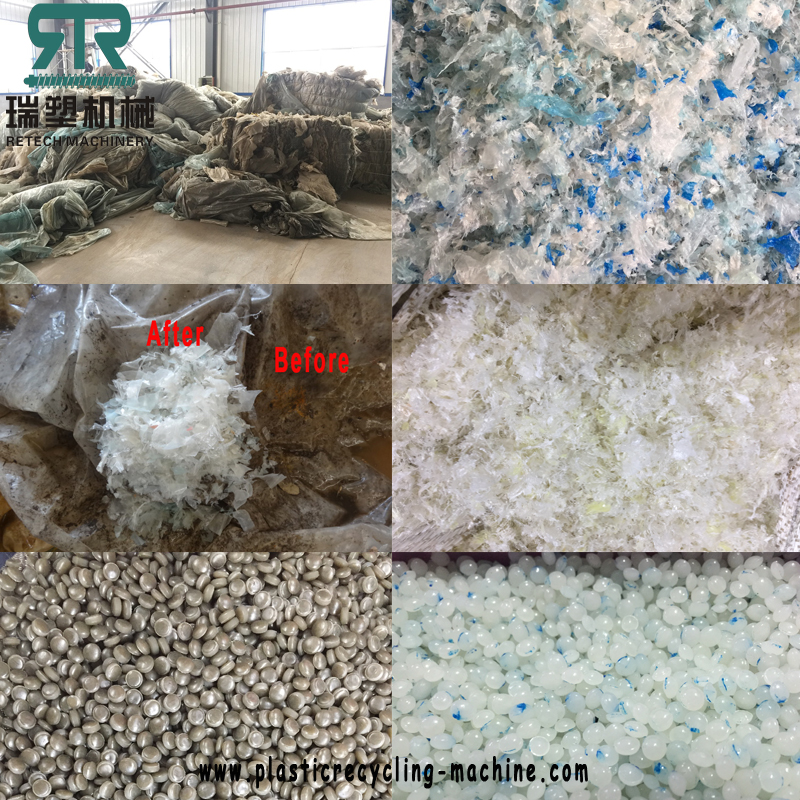 Crushing:The shredder/crusher will firstly cut the film, the film after cutting will be in size of 40-60mm. It is small and easy to wash.

Washing:By friction washer in front of floating washing tank,it is to remove the mostly of sand,soil,etc which can maximum reduce the dirt into floating tank.

The deep film washing tank with moving rollers can fully wash the film slowly. The dirt will fall down,washed film will be float and send to next.

Sometimes,the LDPE/LLDPE may stick with some paper/label,price tag. It need force washing separation. It is named paper/plastic separation removing system. 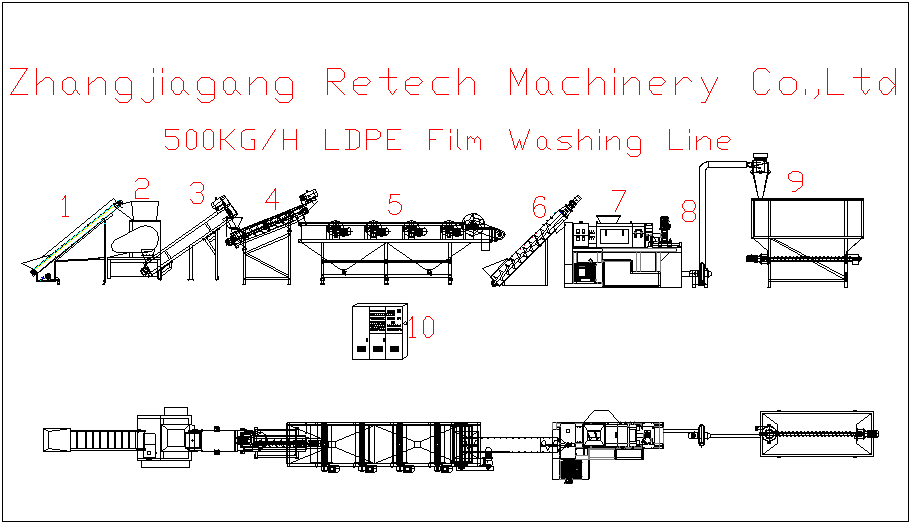 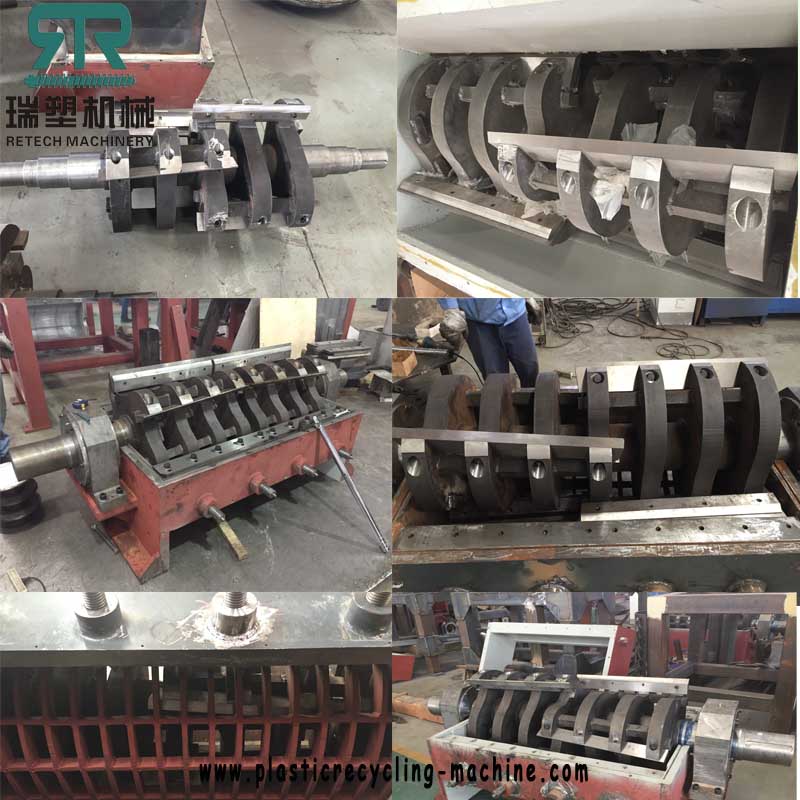 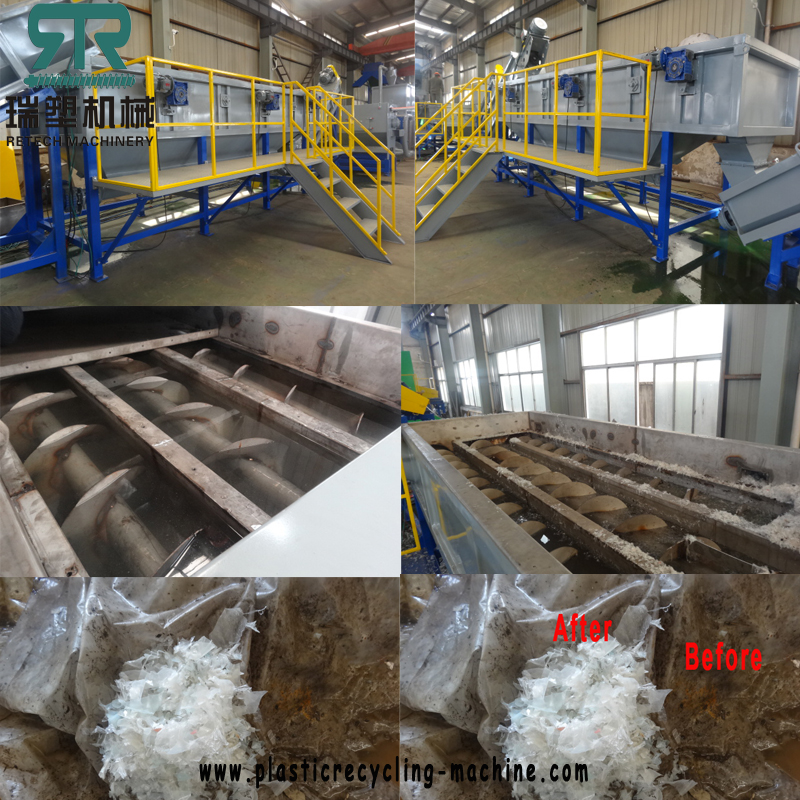 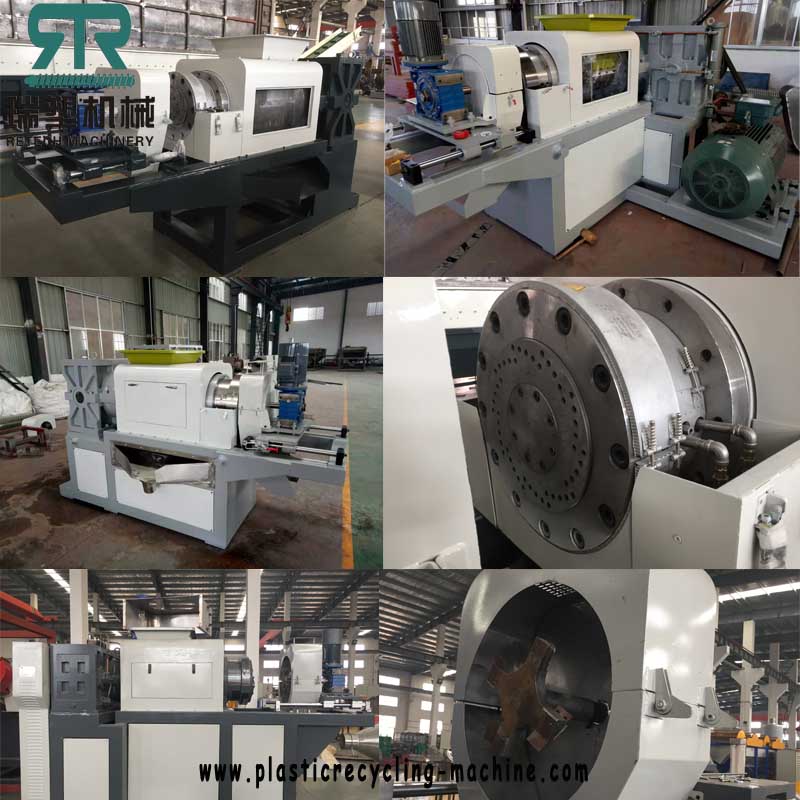 1) Latest structure of crusher, ensure maximum to get 3000kg/h for LDPE film.

ZHANGJIAGANG RETECH MACHINERY CO.,LTD is a leading manufacturer for plastic recycling machines. We have more than 15 years experience focused on our filed and exported more than 30 countries and areas.